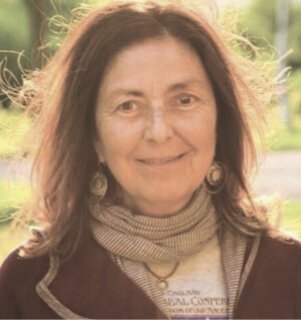 In late November of 2001, at the age of 49, I was in the Washington DC area learning a new computer operating system for the mainframes I managed for my employer in Burlington, Vermont. I had been in this same area for a previous class, the week after 9/11. I had hoped this week wouldn’t be as emotional as the earlier one. Seeing the Pentagon still burning and all the flowers and memorials around that area was heart breaking! On the 2nd day of class, I was walking back to my hotel at lunch break, when I was hit by a car taking a right turn on red. I don’t remember much except the pain of my head violently hitting the pavement. In that instant, my life was forever changed. As I was to find out in the months and years to come, traumatic brain injury (TBI) is life altering! I had suffered a previous traumatic brain injury in 1980 when I was 27. I was living in my native state of Massachusetts and was hit head on by a car full of drunk teenagers. I have no recollection of this accident as I was unconscious while they removed me from the car with the jaws of life. In the hospital, I was told I had a concussion and would eventually heal although it took months for my memory issues to resolve. I did seem to have ongoing issues, but was told that they would go away. (Brain injury was not well researched at this time) Several years later, I studied computer programming and went on to become successful in that field! My immediate recovery from the 2001 accident was long and difficult, lasting several years. The TBI caused fatigue, chronic pain, migraine headaches, dizziness and balance issues, cognitive issues, and problems with my vision. The DMV eventually revoked my driver’s license which left me depressed for losing my independence. I also could no longer go back to the work I had done for the previous 20+ years.

A big part of my recovery was doing meditation, yoga, and bi-weekly acupuncture treatments. A vocational rehabilitation counselor realized that I had an interest in plants and natural healing. She suggested I consider studying herbal medicine. This was a turning point in my recovery. I studied with the well-known, local herbalists Rosemary Gladstar and Guido Mase. I learned about growing and harvesting native plants and how to make tinctures, salves and tea blends using these plants. During these years of study, I cultivated many new friendships. They only knew the post-TBI Jane, so didn’t see all of my deficits as some of me pre-TBI friends did. Several years later, I became part of the LoveYourBrain family, an organization founded by brothers, Adam and Kevin Pearce. I participated in the LYB pilot program which studied the efficacy of meditation and yoga for brain injury survivors. Yearly I attended a LoveYourBrain week-long retreat with a group of 35+ brain injury survivors from all over the country. Practicing daily meditation, yoga, and participating in various activities including art therapy, nutritional classes, nature walks, and learning about compensatory strategies. We have become like a family and keep in touch via local get-togethers and social media. My brain injury changed me, changed my life. It’s often difficult for others to understand because it’s a somewhat invisible injury. But, I have come to enjoy my life and appreciate it more. I have a part-time job working from home, I have a loving family and friends, I spend as much time outdoors in nature, and I continue to use natural plant medicines and bi-weekly acupuncture treatments to manage my chronic pain and cognitive and balance issues. Now, after a couple of years of vision therapy, the DMV has restored a limited driver’s license, allowing me to drive during daylight hours. I am very grateful to the Brain Injury Association of Vermont for their assistance over the years to me and hundreds of other brain injury survivors.

Thank you for your support.

Subscribe to our free email newsletter and stay up to date with all news and events.